The 39th Avenue SW from 11th to 17th is the last remaining portion of 39th (112th) to be widened.
​
​Work includes installation of pervious concrete sidewalks, pervious concrete roadway, Portland cement concrete intersections, asphalt paving, two new signal systems, illumination system, signal interconnect system, and new side sewer connections on several properties. Besides widening 39th between 11th and 17th, the project will provide for a U-turn for west bound cars on 39th just before 11th, will add a second left turn lane northbound on 14th and will overlay 17th north of 39th.

1. Why does the road curve and not include a left turn lane west of the 11th St intersection?

The original design for the project did have the full 5-lane section west of the 11th St SW/Costco entrance intersection. During right-of-way acquisition it was discovered that a 5-lane section would eliminate a high percentage of existing parking at the E&S Cabinets property. Consequently, the cost to acquire this property became prohibitively expensive, exceeding a half million dollars. Since the project was already exceeding the original budget without this additional cost, staff re-examined the need for a 5-lane section at this location. A 4-lane section was deemed adequate for the E&S Cabinet frontage. The altered design was submitted to the funding agency, the Transportation Improvement Board, and received their approval.

PROJECT UPDATE--June 9th: The contractor was able to stripe most of the north side of the road this week before rain set in. As the pavement must be dry for striping to occur, the remaining work will be weather-dependent.

PROJECT UPDATE FOR MAY - JUNE 2017:​The signal work and lane striping are the last two items to be completed. The wiring that supports the signal system is being installed and connected. Weather permitting, the project should be able to open up to traffic flow the week of June 12th. There will still be some small work needing to be completed however, full use of the road is expected.​​

​This spring’s wet weather resulted in our not being able to pave this road until April 21st. On that Friday, the asphalt was put down during a 14-hour day to take advantage of the relatively dry conditions (and ahead of yet more forecasted rain). The lane striping cannot be installed until 21 days after the road is paved, which means that depending on the weather, the striping will be done on or after May 12th. In the meantime, we are taking advantage of the lane closures to speed up completion of the final work items.

The street lights are now operational. The signal poles are being slowly put into place. The traffic along 39th has now been shifted to southern lanes while work is being corrected and completed on the northern lanes.​​The current estimation for this project to be completed is the beginning of May. 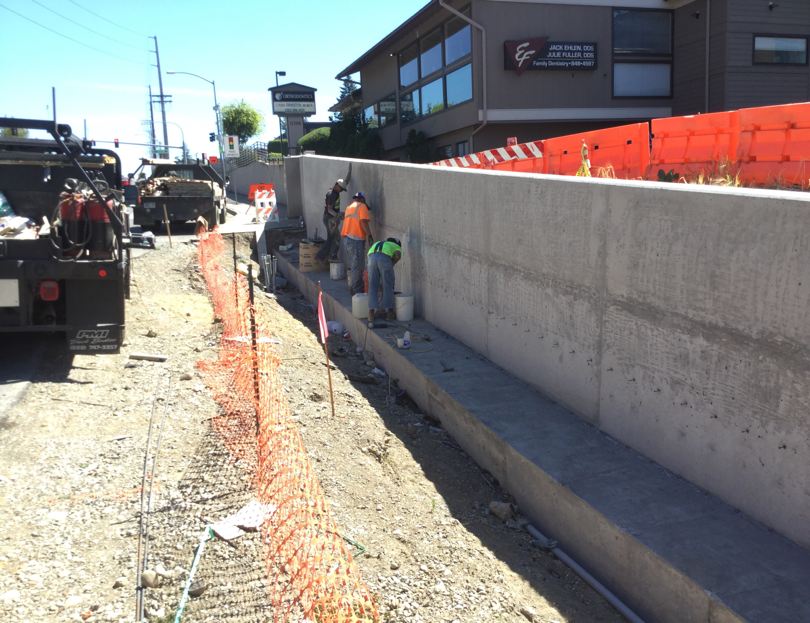 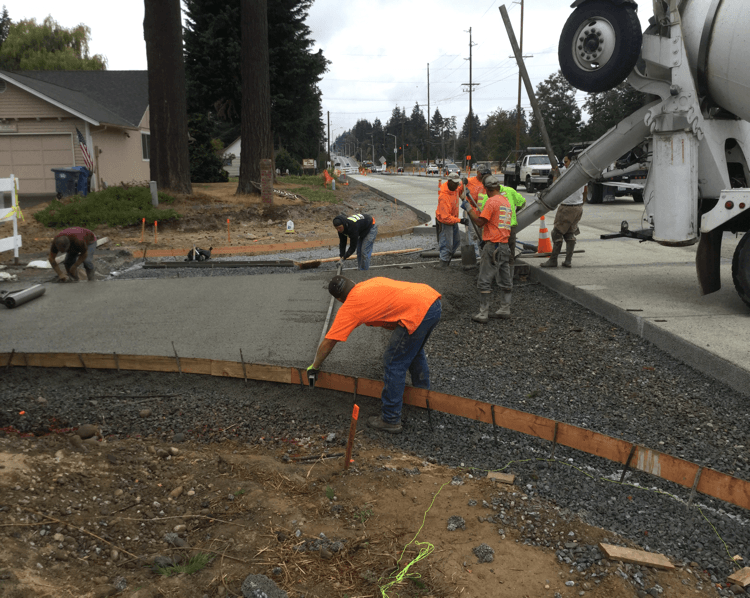